The affluent neighborhood of South Scottsdale has become the beating heart of shopping, restaurants and entertainment in Scottsdale, a Phoenix suburb known as the West's most Western town. Situated 12 miles northeast of downtown Phoenix, South Scottsdale attracts visitors from all over the metro area with its historic Old Town shopping district and quite the active nightlife scene.

Residents enjoy rows of upscale desert homes, expansive parks with recreational lakes and close proximity to the Continental Golf Club. Retirees and families are drawn to the neighborhood's northern developments for their peaceful charm and low crime rate.

South Scottsdale's popular downtown area has attracted some of the area's best chefs, resulting in a diverse selection of upscale gastropubs, cheap cafes and Mexican eateries. You find both organic vegetarian dishes and pork shoulder sandwiches along the same stretch of N Scottsdale Road, and the Western and Sonoran desert themes make their way into every establishment's decor and signature plates.

Although many residents drive through the neighborhood, bicycles rule the road in South Scottsdale with year-round biking weather and bike lanes along major roads. It's not uncommon to see dozens of bikes parked on the racks outside the shops and restaurants located downtown. Bike-friendly roads provide a safe ride, and areas such as Old Town are especially welcoming to both bike and foot traffic.

South Scottsdale has also earned a reputation as a shopper's paradise with its trove of high-end boutiques, antique shops, thrift stores, and art galleries that whisper of the neighborhood's Western heritage while catering to the designer-handbag crowd. For window shopping, head to the neighborhood's retail heart in downtown Scottsdale and along Goldwater Boulevard.

SEE ALL HOMES FOR SALE IN SOUTH SCOTTSDALE >>

Want to know more?
Contact us today for information on upcoming listings,
the home buying process or preparing your home for sale.

A pied-a-terre made available for only the 2nd time since 1963. The stunning 2+ year restoration of this Royale Gardens icon is unmatched. Thoughtfully re-imagined from t...

Location location location. If you are looking for a beautiful home or an Air B&B/VRBO investment opportunity this is it. This home is situated on a quiet street locate...

This beautiful home in the heart of Old Town Scottsdale was completely remodeled in 2022 and is perfect for a family looking for their dream home, or an investor wanting ...

All information should be verified by the recipient and none is guaranteed as accurate by ARMLS. Copyright 2023 Arizona Regional Multiple Listing Service, Inc. All rights reserved. 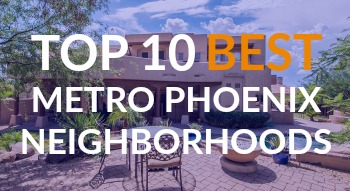 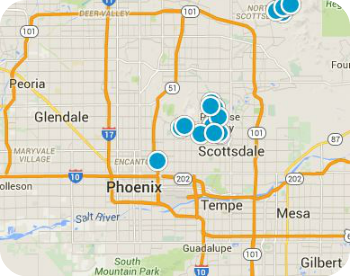